Last week Free Press writer Andrew Neish mapped the early days of the fascinating Oscar Muspratt, Vicar of Penn. In the second part of this three part series, he looks at Mr Muspratt’s early church career in Australia, his war service in North Africa, Malta and Sicily. Needless to say, this man of action had adventures wherever he went.

OSCAR had come to God. It had taken him years in the wilderness -literally – to reach the point where he was serving his fellow man and God at the same time.  He began as a 23-year-old curate in Caulfield, a suburb of Mel­bourne, Australia. But the most memorable experi­ences were to come: a few years later when he took over Pant on Hill, a Bush parish covering 500 square miles. He remembers; “I had to buy a car and had on three lessons from three different parishioners. “Now I could get about and visit them. I used to speed about the mountains around plenty of hair­pin bends taking services.

“Sundays were very hard work especially when they increased the number of churches to eight. I used to travel round these mountains 2,000 feet high to see people.” Suddenly there was a respite from adventure in 1936. Oscar went back to England to do some theological re­search at Cambridge.  Here he met the woman he was to marry – Margaret Hooton. daughter of a country vicar. The courtship was brief: The couple were married in 1937.  He spent that year as a chaplain at Adelboden and Grindelwald in Switzer­land with his young wife.  Oscar was away from the struggles in the Outback but a new challenge ar­rived that he couldn’t resist.   It was called the Jungfrau – 2,000 feet of mountain, ice and danger. “It was in the parish I was serving, so I thought I might as well climb it,” he reflects modestly. “It was thrilling, “absolutely unforget­table. Sometimes we were climbing up sheer rock faces.”

But the Archbishop of Melbourne wouldn’t let Oscar off for long. He knew the best way the young churchman’s tal­ents could be used.  He sent the newlyweds out to Fitzroy, the worst slum area in Melbourne – full of deadbeats, drunkards, and no-hopers. “This was the real underworld. Even the police had to walk around in pairs. One told me that on a Saturday night we had more drunks in Fitzroy than the whole of Melbourne put together. Oscar was used to adventure – but what about his young Cambridge edu­cated wife? “Oh, she was all right. She might have come from the background of Cam­bridge to the seedy part of an Australian city but Margaret coped very well. “She dealt with the drunks who used to come to our door quite easily. She treated them like babies and they re­spected her.”

But Oscar’s work was not to fob off the poor. He saw the hardships. the suf­fering, the poverty.  “Every morning, noon and night poor men would arrive at our door ask­ing for help. There was nothing for them. They were migrant workers who had been fruit picking up in Queensland and fin­ished the season, without jobs in Mel­bourne. There was no work for them. They were desperate.  Without any address, they couldn’t get relief from the state. I arranged for them to get themselves fixed up with an address with the Salvation Army so they could get that relief. The government ended up paying the Army to give these men board and lodging. I have been back to Melbourne and found that the scheme is still in op­eration.” 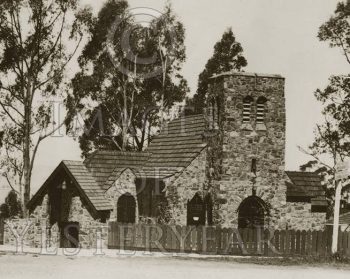 The Muspratts moved to the moun­tain resorts in the Dandenong moun­tains 25 miles from Melbourne.  The weather could be intensely hot, the wood dry as a tinderbox, and vicious fast-moving bush fires were a frequent danger. Oscar was a member of the local bush fire-fighting squad. The Muspratts worked as a team. Margaret would ring the bells of St. Michael and All Angels Church to alert the firefighters.  Oscar would join the rest of the men in combatting the flames. “I helped fight one of the worst fires of the area’s history. We tackled it for a month. The smoke travelled all the way to New Zealand which was about 1800 miles away. We had to use firebreaks to prevent the fire from getting any fur­ther. Gum trees 300 feet high were like trees covered in petrol because they con­tained oil. If we had been caught up in something like that, then that would’ve been it.” 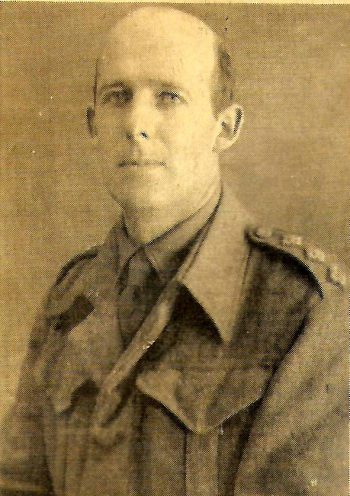 The war broke out. Oscar felt the call to action once more. He and Margaret returned home across U-boat infested waters. He was posted to Egypt as an army chap­lain attached to the Rifle Brigade (1st Battal­ion) and the 2nd Battalion of the Kings Royal Rifle Corps. Captain Muspratt’s job was to tend to the battle casualties from El Alamein who came flooding in to the 64th General Hospital at Alexandria.  “The doctors and nurses tended to the bodies of the men but didn’t have time to deal with their minds. That was my job. It was important to let the man pour out the story of how he was wounded.  It wasn’t until he had done this that he could come to terms with what had happened to him and start the process of getting bet­ter.” 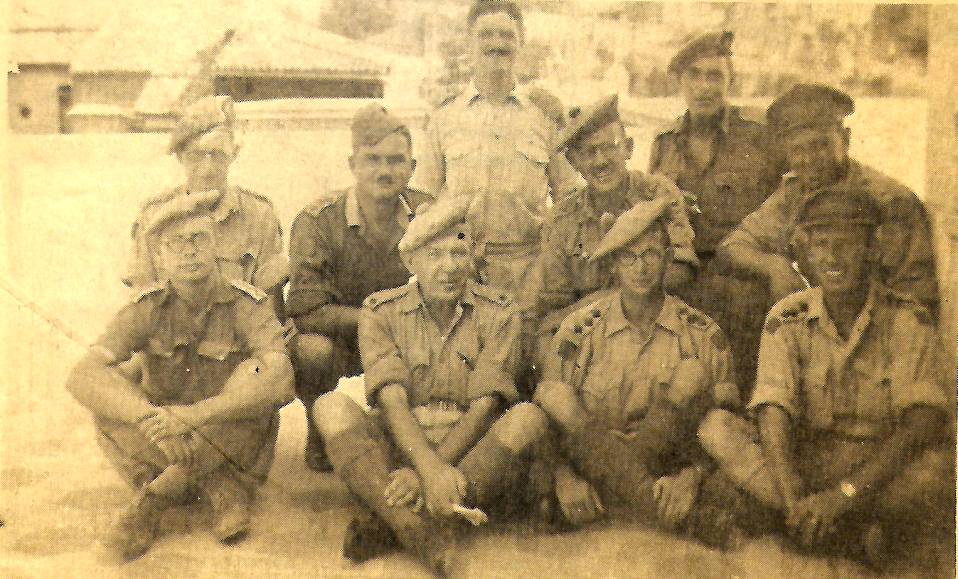 Oscar with the chaplains of the 51st Highland Division

The war in the Mediterranean was heating up. Oscar volunteered to go to Malta where British forces were besieged day and night by constant air bombardment. Oscar was chaplain to the gunners defend­ing the shell-pocked island. He gave services to the troops – often under fire. Oscar and his charges were bombed every two hours. Air raids were a way of life. But he remembers: “We had so many guns that regulations said a crew could stop firing if they were having a service. So I used to take services under fire. It was the only way it could be done. We didn’t really have time to be fright­ened. There was always the thought that it could never happen to you.”


Amidst the terror there was humour. something Oscar treasures in his wartime memories. One day the colonel was making an inspec­tion of the men. He visited the Quarter master’s stores where Captain Muspratt was standing with a rather dim-witted soldier. The colonel asked the soldier if a fire extinguisher on the counter worked, he replied dutifully that it did and pressed the button to show him. The water sprayed the CO, completely soaking him. “Needless to say the inspection was cancelled while the colonel went away to change. Everyone heard about it and we all had a good laugh.  “It’s important in war to have people who can make others laugh. Humour helps people to go on. I think there should be a medal for humour beyond the call of duty!” With the siege over. Oscar was transferred with the 51st Highland Division to Sicily in 1943 where he tended to the dying at a field hospital.

But his active service soon ended. He re­turned to England and became Army chaplain for Bucks. He was based near Aylesbury. Oscar was reunited with Margaret and their young son David – Oscar hadn’t seen him for more than two years. “It was amazing to see them once again. I didn’t like to be away but that was some­thing we all had to do.”

On Christmas Eve, 1944, Oscar became the vicar of a small historic village near Wycombe. The Penn years had begun.