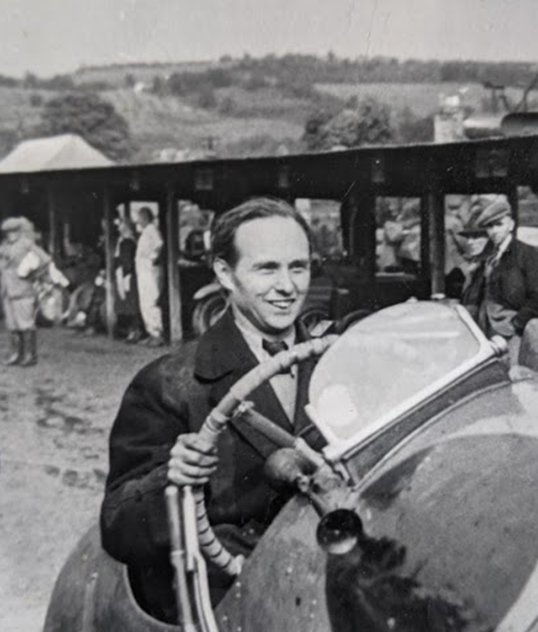 Anthony Standerwick Heal, the son of Ambrose and Edith Heal, was born in Pinner on 23 February 1907 but the family moved to Beaconsfield in 1917 and then to Knotty Green in 1920. 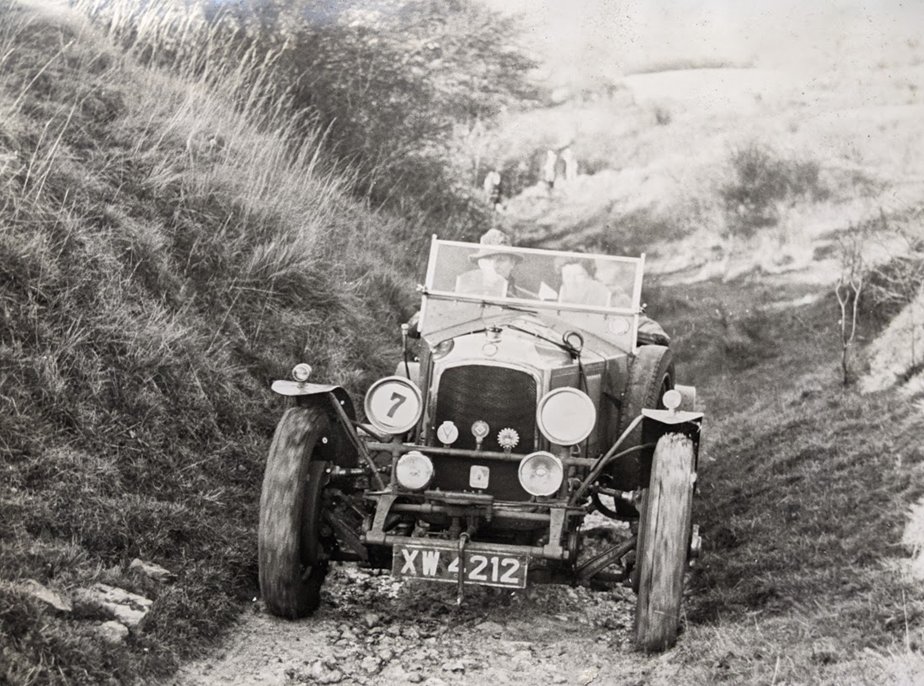 In 1934 Heal acquired a 30/98 Vauxhall which he used for everyday transport as well as trials, sprints and circuit racing. Here he was taking part in the 1938 VSCC Gloucester Trial.

As a schoolboy he was fascinated by mechanical things but particularly by motor racing and was a regular spectator at Brooklands. As soon as he could afford a second hand sports car – a Frazer Nash – he started competing in trials, winning a silver medal on his first attempt in the 1931 MCC Lands End Trial. By 1935 he was driving a 30/98 Vauxhall and won a Premier Award in the London-Exeter Trial and this was followed by a silver medal in the London-Edinburgh Trial in 1936. 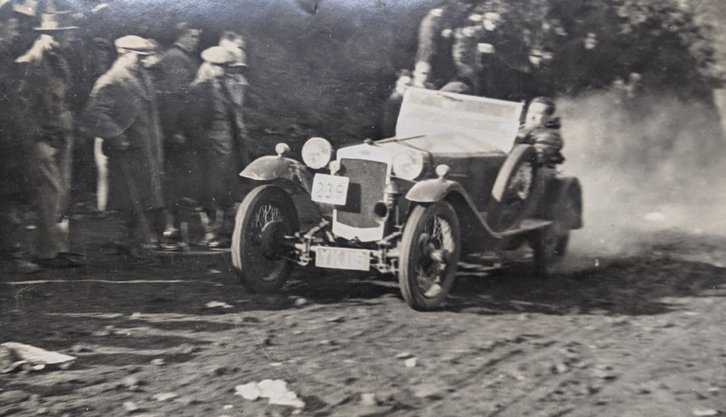 Around this time the Vintage Sports Car Club was formed by young enthusiasts who felt that cars mass-produced in the nineteen-thirties were not so much fun as the hand built, but by then cheap, sports cars of the twenties. Anthony was a leading member of the club for forty years, organizing and competing actively in their events. As well as taking part in trials he entered the Vauxhall in hill climbs and circuit races. He then rescued  and restored, with the help of Len Gibbs, a Fiat racing car built in 1910 with a 10-litre, 4 cylinder engine and chain drive, with which he became a frequent competitor. In 1937 he bought the 1919 5-litre Ballot Indianapolis racing car that had belonged to Humphrey Cook in 1922. Although he raced it a couple of times, by the time the engine had been rebuilt satisfactorily, war had broken out.

In 1939 he was part of the support team that accompanied Peter Clark’s HRG (co-driver Marcus Chambers) at the Le Mans 24 Hour Race. Whilst at Le Mans Anthony was approached to take part in the race by Shrubsall who had just purchased a new 4 litre Talbot Lago but was unhappy with the co-driver he had been allocated by the works. Shrubsall was informed at the last minute, after ‘un diner bien arrosé’, that he had to do night practice. His driving was too spectacular for the stewards and Lord Howe as President of the BRDC had the task of informing Shrubsall he would not be allowed  to race. Although Anthony did not get to drive the Talbot he came home with a firm invitation to be one of the drivers in Peter Clark’s HRG team the following year. 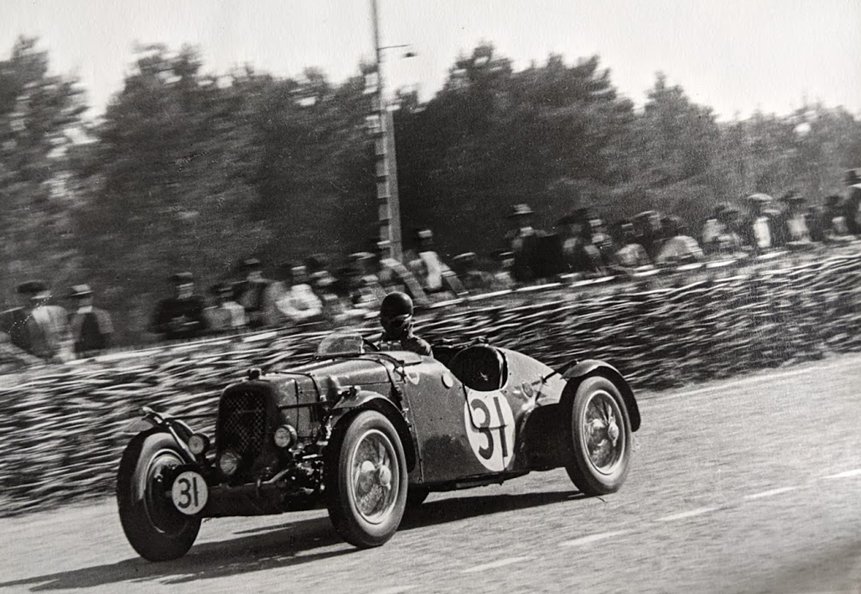 War intervened so the race never happened but when the first post-war race was held in 1949 Anthony Heal partnered Dudley Folland in the latter’s Aston Martin in a team managed by John Wyer. It was exceptionally hot and the car overheated and retired. The same team also took part in the Spa-Fancorchamps 24 Hour Race but this time the car had a steering failure and once again retired. 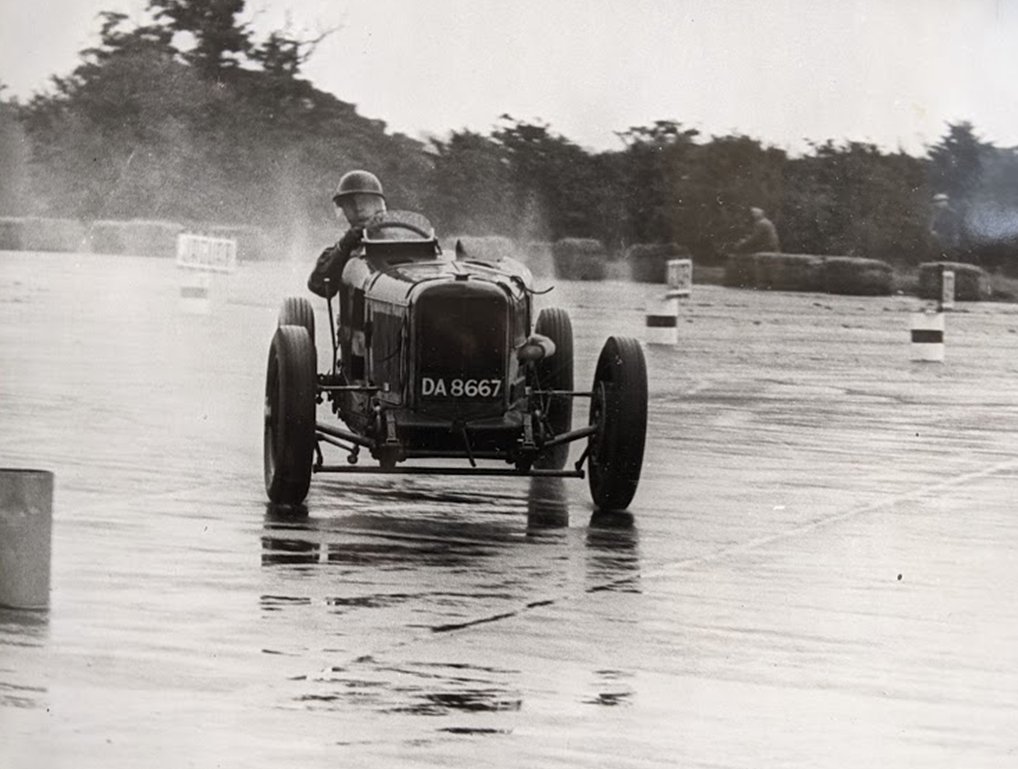 1951 AMOC Silverstone. Anthony Heal winning his heat in the rain at the wheel of his 1924 Grand Prix Sunbeam.

During the war Anthony rescued a number of historic racing cars to protect them from being scrapped. Most of these were later passed on to others for restoration but he kept the 1924  supercharged Grand Prix Sunbeam (that had been driven by Henry Segrave and Kenelm L Guinness when new) which he ran in hillclimbs, sprints and circuit races between 1946 and 1952. As a road car he bought a 1926 3-Litre Sunbeam super sports which he also raced (beating the 3-Litre Bentley team at Silverstone in 1949) and taking part in the Anglo-American Vintage Car Rally. 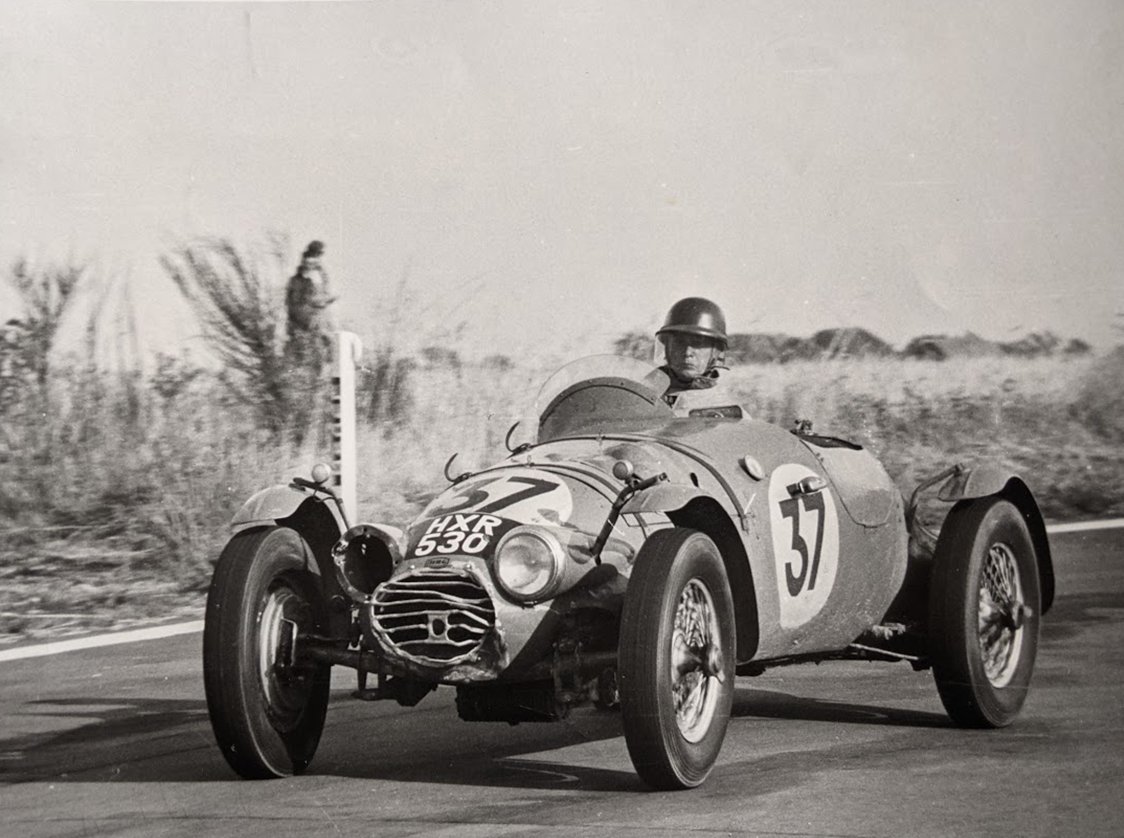 Anthony’s final race in a major competition was as co-driver with Len Gibbs in the latter’s lightweight HRG in the 1952 Goodwood Nine Hour Race. David Blakely also competed with the sister HRG. Gibbs and Heal finished in 13th place after a delay to repair a headlamp damaged at the chicane while Gibbs was driving.

After this, due to increased work responsibilities at the family run furnishing business, and pressure from his colleagues to give up racing, Anthony turned to a 1919 steam road locomotive as a hobby.

Anthony Heal died on 25 March 1995. He is buried in the Heal family grave marked by a stone bench set into the wall to the right of the entrance to the graveyard extension.