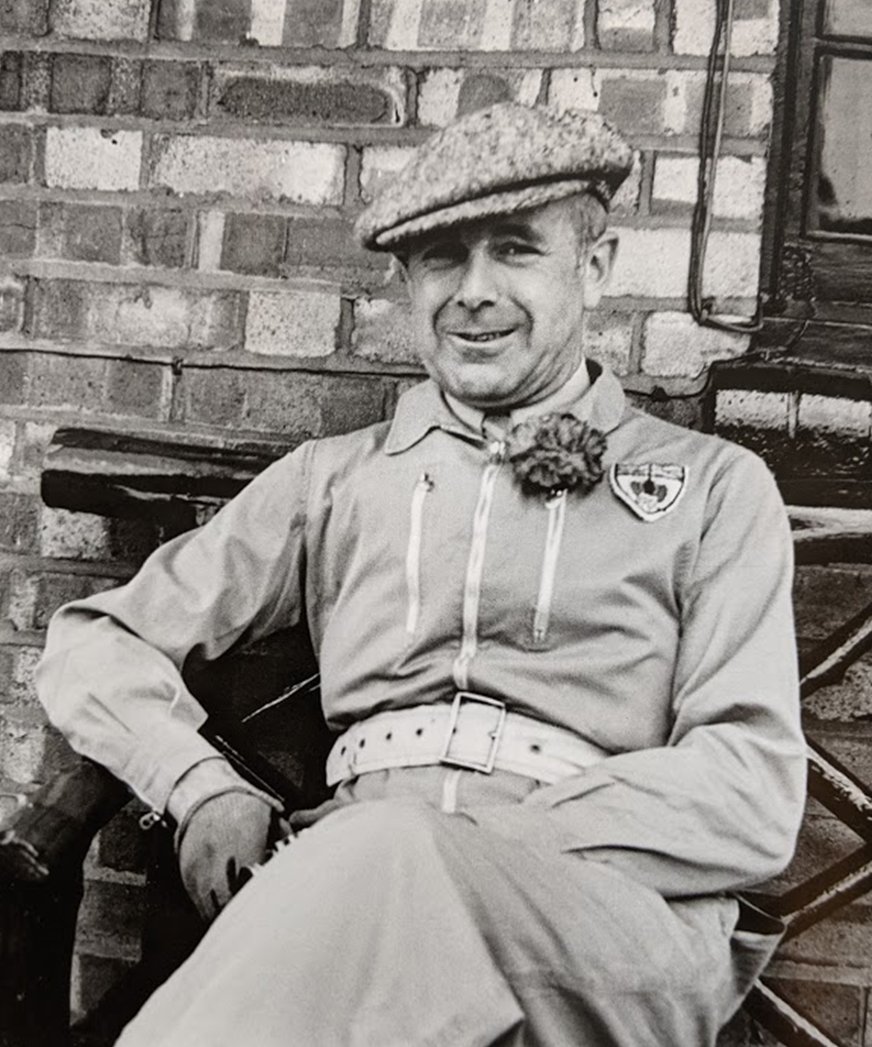 Francis, Earl Howe at Brooklands in 1936 wearing his trademark cap at a jaunty angle and his racing overalls with BRDC badge. (photo The Autocar)

Francis Howe came to motor sport quite late, starting to race in 1928 by which time he was 44 years old. Over the following decade he was a regular competitor in long distance sports car races such as the Le Mans 24 Hour Race and its nearest British equivalent, the Brooklands J.C.C. Double Twelve – a 24 hour race split into two halves. He and co-driver Malcolm Campbell using Howe’s Bugatti Type 43 came first in the 3 litre class in the 1930 Double Twelve Race – Howe’s first major victory. The following year was even more momentous as he won the Le Mans 24 Hour Race in an Alfa Romeo 8C with Sir Henry Birkin as co-driver.  Howe competed no less than seven times in the Le Mans event but he did not win it again. He also took part in other classic long-distance races such as the Mille Miglia in Italy and the 24 Heures de Francorchamps on the Spa circuit in Belgium.

In the 1930’s Earl Howe, built the mile-long drive to the house, suitably banked, for his personal enjoyment and convenience. (Penn House Website) 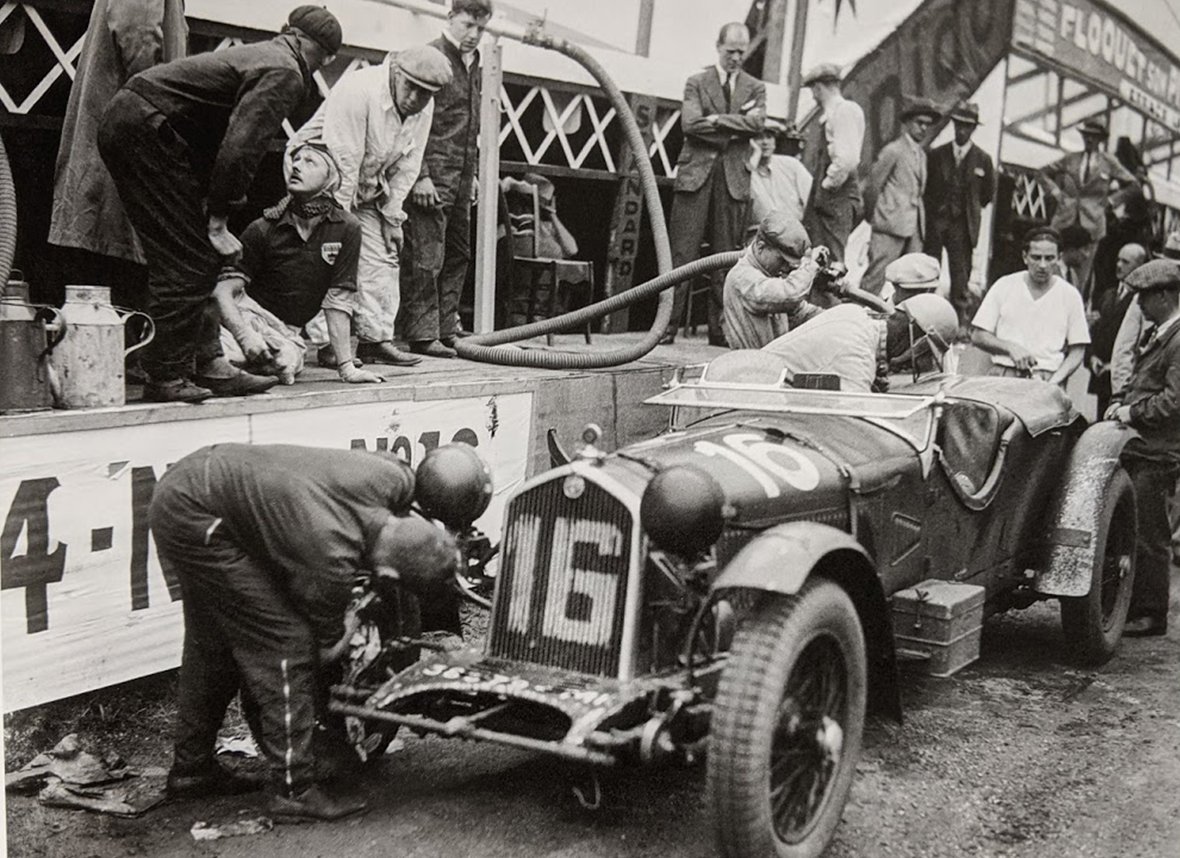 The 1931 Le Mans 24-hour-race winning Alfa Romeo. Howe, in helmet leans into the cockpit while co-driver Birkin sits on the pit counter. (photo The Autocar)

In contrast Howe was also a regular competitor in short sprint events such as Shelsley Walsh Hill Climb and the Brighton Speed Trials.

Having started in sports car racing Howe was soon also competing in international Grand Prix races appearing at Monaco, Montlhéry, Nürburgring, Avus, and Monza. He indulged his passion for the sport by acquiring some of the most delectable and desirable racing cars that represented the very best engineering developments of the period. Notable amongst these were the 1 ½ litre, eight cylinder, supercharged Grand Prix Delages that were still very competitive in what was then known as the voiturette class. With these he was on the podium at Avus in 1932 and 1933 and also at Bremgarten and Albi in 1935. He purchased from Ettore Bugatti one of the first Type 51, 2 litre, 8 cylinder Bugattis to be built in 1931 and the following year bought one of the larger 4.9 litre Type 54 Bugattis, although the latter was not a great success. In 1935,when the works were disposing of their team cars, Howe bought one of the ‘ultimate’ racing Bugattis a Type 59, considered by many to be the most elegant pre-war racing car. With this he raced at Dieppe, in Switzerland and at home finished third in the B.R.D.C. 500 Race at Brooklands and second at the Donington Grand Prix. 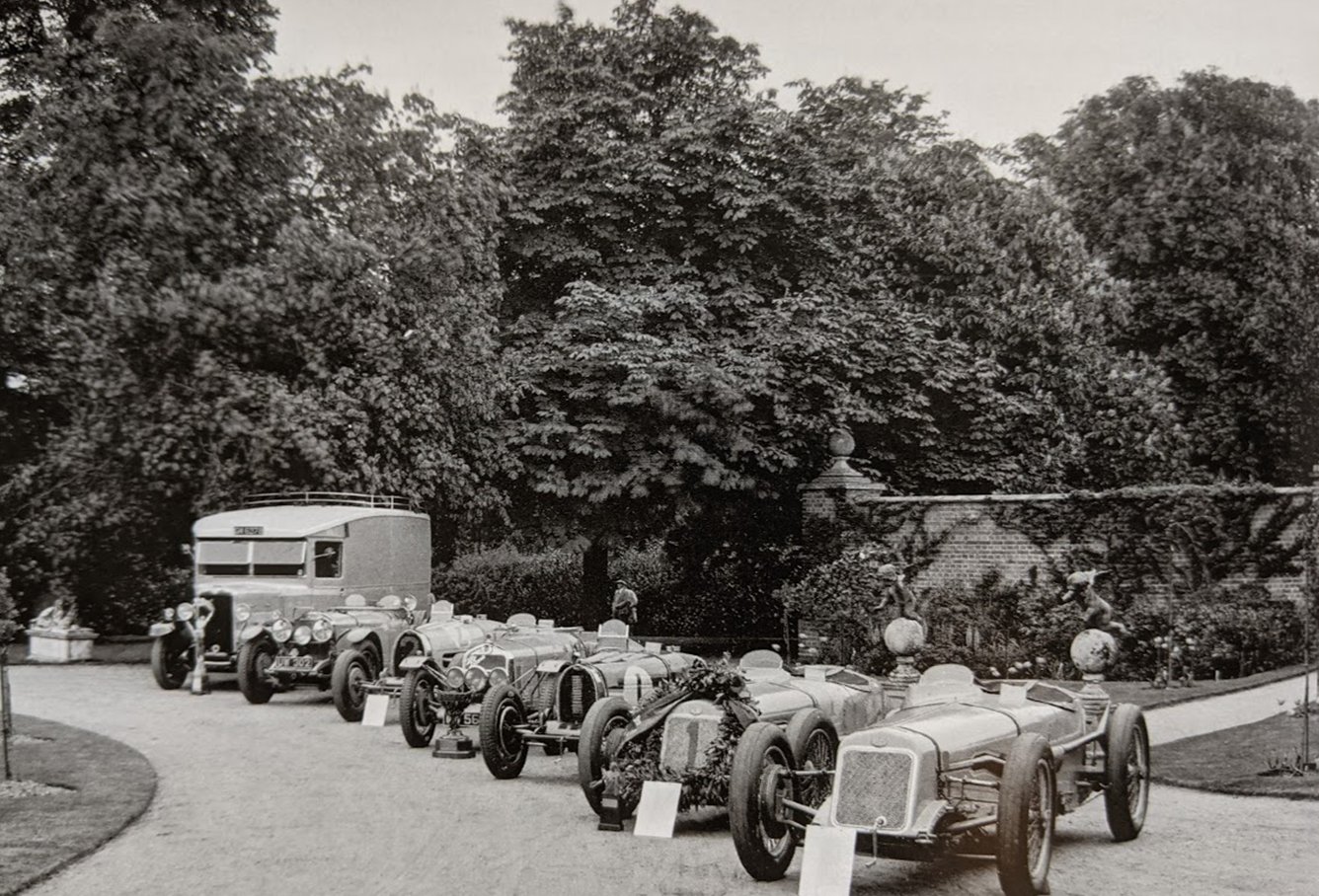 By then Grand Prix racing was dominated by the state sponsored German teams and along with others Howe transferred his interest to the voiturette class. He acquired from Humphrey Cook an E.R.A. which he campaigned extensively for the next three years. As well as competing with this car in England and Europe he even took it to the USA and South Africa. He retired from active racing in 1939. 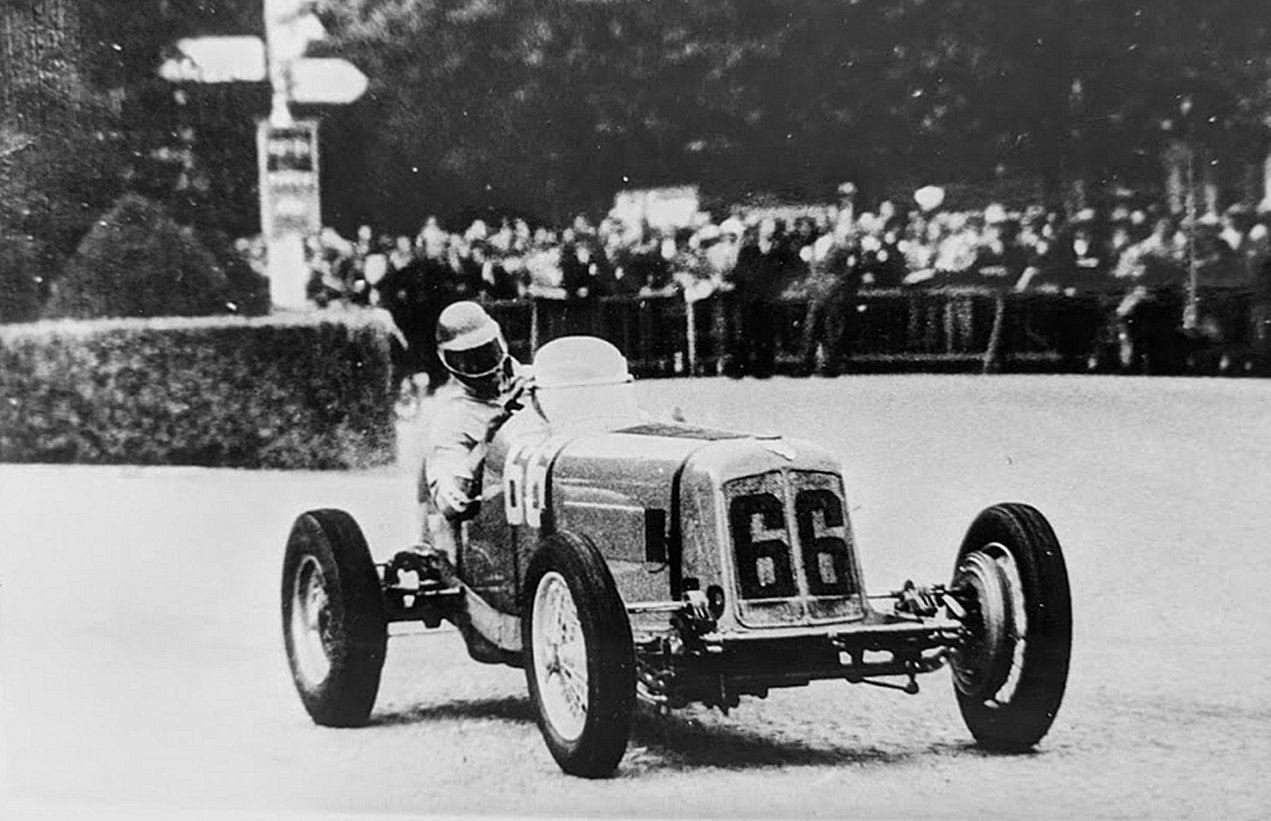 Howe racing his E.R.A. R8B at the Preis von Bern Race at Bremgarten in 1936 where he finished in 4th place.

Earl Howe continued to play a major role in the organization of motor racing for the rest of his life. He was President of the British Racing Drivers Club which still owns the Silverstone circuit. He was chairman of the Competitions Committee of the R.A.C. and acted as one of the British representatives to the CSI and the FIA. He is also remembered for being a member of the R.N.V.R., an M.P. and an active member of the House of Lords but that is another story.