In this penultimate instalment we will hear from those who attended Penn Church School (now Holy Trinity Church Hall) during the war years. The comments of former pupil Dorothy Bates, whose funeral was recently held in Holy Trinity, highlight the challenge faced by a small school that almost doubled in size with evacuee children. Dorothy was a valued member of our Church community, and contributor to Parish life in Forty Green, and this feature is dedicated to her.

The evacuees “fitted in really well” at Penn Church school, I was told (see girls group photograph in Sunday school best). New faces were welcomed but it was agreed that that school life was inevitably transformed by that the sheer numbers of children (around 50) joining, approximately doubling the size of the school in a few weeks. 1939/40 were particularly difficult, with Dorothy Bates recalling that she “lost out completely …there were so many children….they couldn’t really teach properly…” Jeff Adams and John Adams of Forty Green have vivid memories of carrying gas masks to school and practising going out and standing against the wall when the teacher blew the whistle; “it was really strict.” 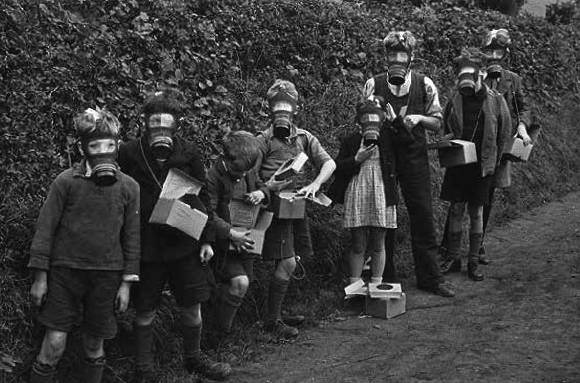 School children try out their gas masks in 1939

Jeff recalls how Miss Mitchell the headmistress, for some reason, took a ration book from a child. The mother was soon down to take this up with her! On a lighter note, contributors recounted with fondness how they would salute the gentleman driver of one of the very few motor cars in the area. The gentleman lived at the top of Paul’s Hill and at Christmas would take sweets into the school for them. A rare treat.

The valiant efforts of teachers to sustain the work of the school is evidenced in the Diocesan inspections. In May 1939 the school was judged as “very good”. In both 1941 and 1942 the inspector found that despite “a very difficult time due to evacuations… good solid work has resulted.” Down the road at Tylers Green School the pupil roll was doubled overnight to 334, and the school was run in two shifts. Of course, we shouldn’t forget that life would have been more chaotic still in the cities. My mother-in-law Beryl Clark, from Luton in nearby Bedfordshire, often tells us how she missed out, spending time aged 6-12 when she should have been in school “down the air raid shelter” due to frequent bombing of local factories.

The school community at work and play

The December 1940 Penn Parish Magazine reports how the school gardens were put to work for “dig for victory” and an appeal was made for donations of “ any variety of cabbage plants”. Children were given a responsibility each for a strip of garden and took this responsibility seriously. In 1943 a Junior Red Cross link was set up at the school and sent £5/10/0 to the Red Cross Fund (about £250 in today’s money). 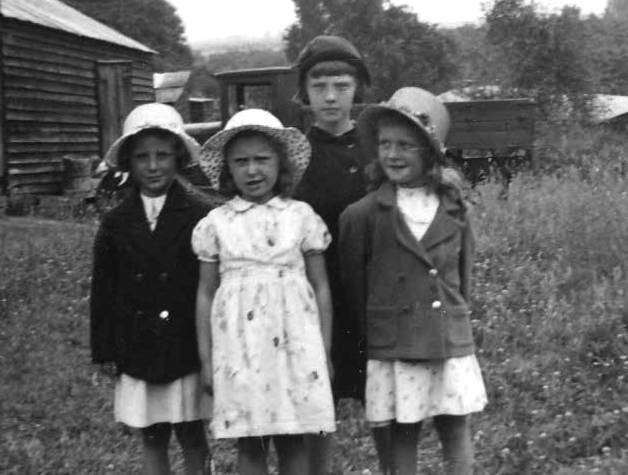 It is striking how the community rallied around the school during the War Years. Mrs Cuthbert at Hatchits co-ordinated the hot lunches (some enjoyed more than others) and hosted country dancing. The annual Sports Days took place at large local houses such as The Knoll to the rear of the Church Yard. Dorothy again gets a special mention here as in 1940 she won the senior girls running race and then the wheelbarrow race in 1941 – no doubt fit after all that walking to school with the Forty Green group! A May Festival “Open Day” for parents and friends was held at the school to keep everyone’s spirits up. The “excellent programme of songs, recitations and dances” culminated in the crowning of the 1941 May Queen – not one of the ladies in our group they told me!

In January 1942 the older children visited the cinema in Beaconsfield (now Prezzo Italian Restaurant) with tea afterwards and a “butter slide” brought in for infants at the cost of £1.5d. Every year there would be the opportunity to go out on a rowing boat on the pond at Watercroft and this was much enjoyed by those I spoke with.