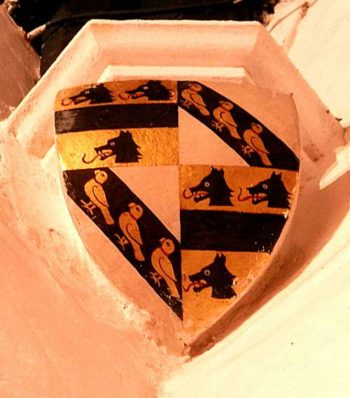 The corbel in the corner of the south wall of the nave, next to the organ, has the shield of the Curzon Howe family. It was a ‘guess’ during the 1952 restoration, painted over an unidentifiable earlier shield, but cannot have been an original device since the Curzon Howe alliance came into being only 200 years ago. 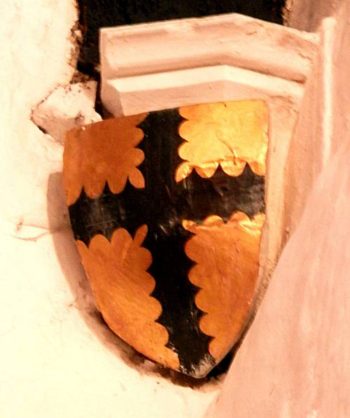 On the north wall, in the other corner by the organ, is the Mohun shield. This was identifiable in 1952. Sir John de Mohun (1320-75) was one of the Black Prince’s leading followers and one of the original Knights of Garter – his name and arms are still in St. George’s Chapel Windsor.

His connection with Penn was through his mother who was a Segrave. He married a neice of the Bishop of Lincoln who survived him by thirty years. We know she built and endows a chantry chapel in Canterbury and the unexpected Mohun shield in Penn may record a similar offering to Mother Church. The suggested date of c.1400 for our timber roof fits well. 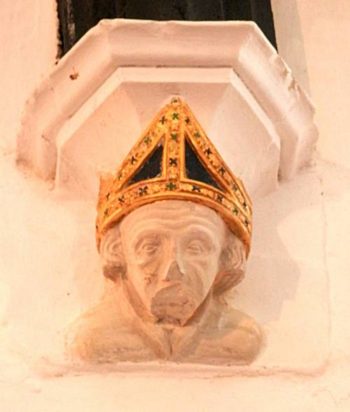 Her connection with the Bishop of Lincoln may also explain the figure of a Bishop on the corbel near the north door. Alternatively the Bishop represented could be St. Hugh (1186-1200), the Bishop who began the rebuilding of Lincoln Cathedral.