When the distemper on the walls was steam cleaned by Frank Perfect & Son, in 1951/2, considerable evidence of wall painting was found all over the nave, but cost limited the further investigation of many of them.

Near the pulpit, several superimposed series of post-Reformation texts came to light, including parts of the Lord’s prayer thought to date from about 1700 (probably 1709, when according to the Parish Register, ‘the Sentences in the Church were writt, & new Painted’). Opposite the north door there was a panel with traces of pigment, thought to be 15th C.

The most exciting discovery was the three consecration crosses that Clive Rouse, then Editor of the Records of Buckinghamshire, dated to the 13th C, based on the pigment used and the method of scribing. They must have been considered important in earlier restorations because they had survived as little sunken islands in the midst of later plastering. They are set out by compass, about 16 inches in diameter, and are all unusually elaborate and of different design. The crosses, which are alternately red on pink or cream, or vice versa, are contained within three bands or circles using yellow, light red or vermilion and some black or grey for the decoration. 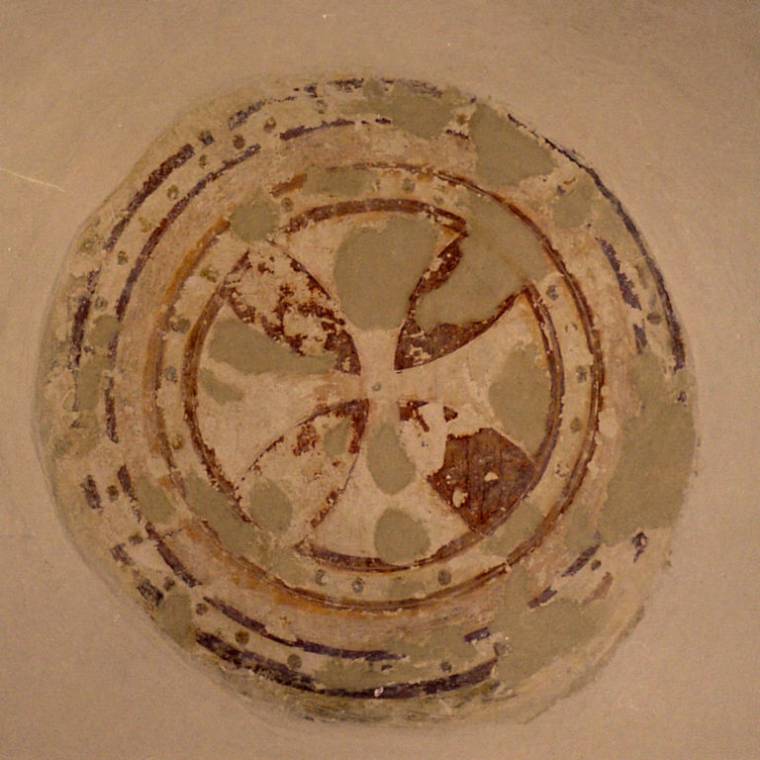 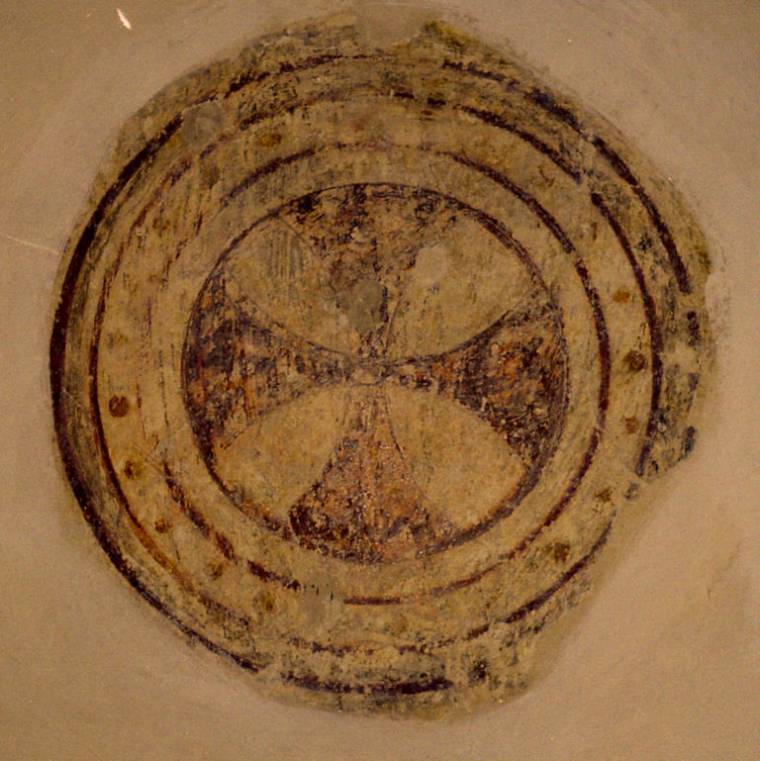 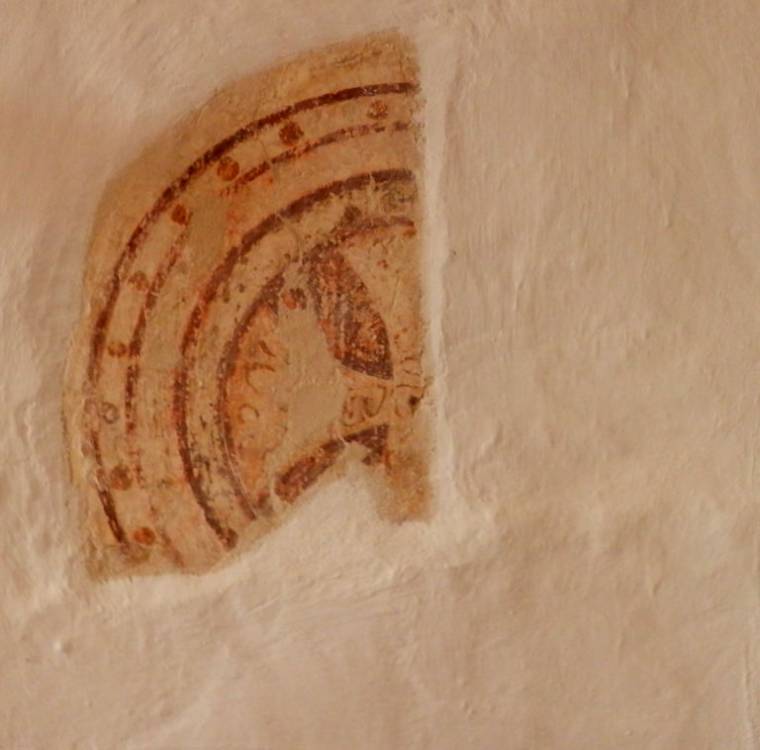 There may well be more crosses undiscovered under the plaster, because when a church was dedicated or re-dedicated after major alterations, it was the medieval custom to paint or carve 12 crosses both inside and outside the church. The Bishop, with his entourage, first processed three times around the outside anointing the crosses with holy oil. He then struck the threshold of the main entrance with his crozier three times, at which the deacon flung open the door and the Bishop entered.

A cross of ashes and sand was sprinkled on the floor and the alphabet in Greek and Latin was traced in it. (Anyone know why? Was it ‘I am Alpha and Omega, the beginning and the end?). The Bishop then consecrated the altar with hallowed water and wine and anointed all the crosses on the walls with holy oil. After which, the bells were rung and the parishioners admitted for Mass at the High Altar. Thereafter, the crosses were treated with great reverence and lights were burned before each one on the anniversary of the anointing.

Consecration was an important rite and was the necessary conclusion to a major re-ordering anywhere in the church. Important items of equipment, such as the vestments or vessels used in the Mass would be sent individually to the Bishop for a blessing – at a cost.