In previous articles, Miles Green has described the close links which existed between Sybil Penn, nurse to the King Henry VIII ‘s infant son Edward, and the royal court of the mid-16th century. As tangible evidence of those links I am fortunate in being able to show visitors to Penn House two very interesting items 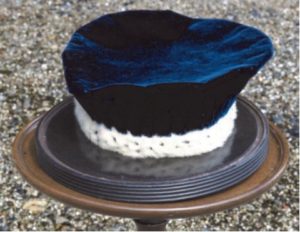 The first of these is a boy’s cap. Made of blue velvet with a silk lining, and trimmed at the base with ermine, it is of the style of head-covering worn by young men during the early Tudor period. By family tradition, it is known as Prince Edward’s cap, the assumption being that it was retained as a keepsake by Sybil Penn, when her royal charge had outgrown it. The size of the cap is quite small and it was clearly made for the head of someone very young. Luckily successive generations of my family have treated it with care. It occupies a special display case, covered by a glass dome to prevent handling and to keep out dust, with the result that it is still in excellent condition. 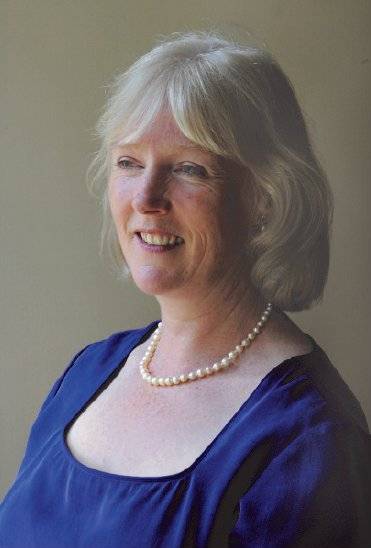 The second item is even more evocative. It is a string of pearls, which again by family tradition, are known as ‘King Henry VIII’s pearls’. The story attached to them is that they were given to Sybil Penn by the King as a token of gratitude for Sybil’s loyal service as the royal nurse. Objects of this sort can be difficult to date, but quite recently I showed the pearls to an expert in Tudor and Stuart jewellery who was confident that they can be dated to the mid-16th century. The picture gives an indication of how unlike modern pearls they are, being quite uneven in size and colouring. In a way this adds to their charm, and although they have lost a good deal of their natural lustre (a fact which unfortunately reduces their monetary value considerably), my wife still enjoys wearing them. When doing so she is sometimes able to introduce an element of theatricality. On occasions when she has given talks to groups of school children about my family’s history she has recounted the story of Sybil Penn’s ghost, said to haunt Hampton Court Palace. Legend has it that the ghost is looking for a lost set of pearls. At this point my wife takes great delight in revealing, with a flourish, the said pearls hanging round her own neck!