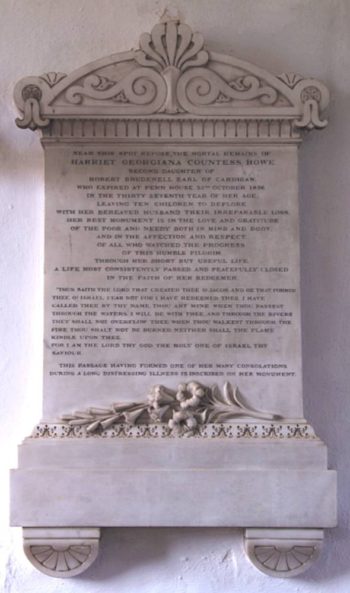 We have so far looked at two monuments by Sir Francis Chantrey (1781-1841), deemed to have been the greatest English sculptor of his generation – the large and finely detailed marbled carving to Viscount Curzon (1730-1820) on the north wall of the chancel and the ‘chaste & elegant’ one to his daughter in law Baroness Howe (1761-1835) on the opposite wall.

There is a third monument by Chantrey on the west wall of the chancel overlooking the choir stalls. It is to the 1st Countess Howe (1800-1836). She was the Lady Harriet Georgiana Brudenell, the second of eight daughters of the Earl of Cardigan and it was her only brother who led the Charge of the Light Brigade at Balaclava in 1854. She was only 20 years old when she married the Hon. Richard Curzon on 19 March 1820, just two days before his grandfather, Viscount Curzon, died and he inherited the viscountcy. A year later he took the additional name of Howe by Royal Licence and at only 24 was created Earl Howe, the title first held by his maternal grandfather, Admiral Howe. 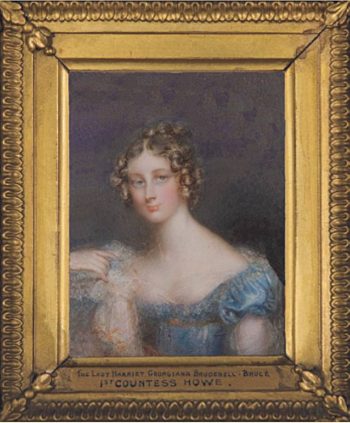 The two miniatures illustrated are both from Penn House. The first almost certainly dates from the year of her marriage. It was painted by Mrs Anne Mee, who had completed an important commission for George IV in 1814 to paint a series of miniature portraits of fashionable ladies. Her surname is incorrectly shown on the frame as Brudenell-Bruce. 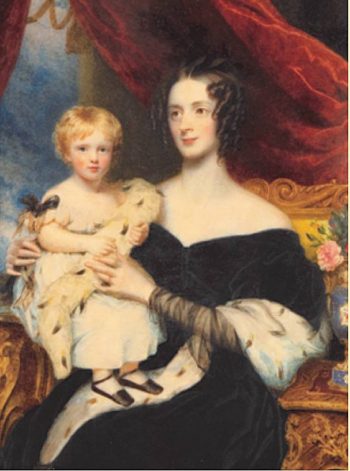 The second miniature was painted c.1823, showing her with her eldest son George Augustus Frederick Louis, later 2nd Earl Howe. She had 10 children by the time she died aged only 36, after what her monument describes as ‘a long and distressing illness’. Her seven boys and three girls all survived into middle or old age with one surviving until 1914. Her eldest daughter married the Duke of Beaufort and her second the Earl of Westmorland.

Queen Adelaide thought she was a strange woman, always ‘saying and doing just what came into her head’, and this view is supported by an anecdote in the Queen’s biography (Queen Adelaide by Mary Hopkirk, Albermarle Press 1946) to which Earl Howe alerted me. She and her husband were traveling by carriage with the King and Queen (King William IV and QueenAdelaide to whom Earl Howe was Lord Chamberlain) on a particularly hot day. Without warning, Lady Howe “first rested her leg on her husband’s knee (to his great confusion) and then stuck it out of the window”.

Nevertheless, her husband seems to have been very fond of her because it was in memory of his young countess that Earl Howe built the first girls’ school in the parish in 1839. It was called a Girls’ Working School and clothed and educated about 36 girls paid for by him with contributions from Queen Adelaide and by several of the principal inhabitants of the parish. 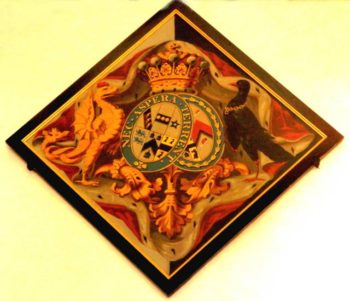 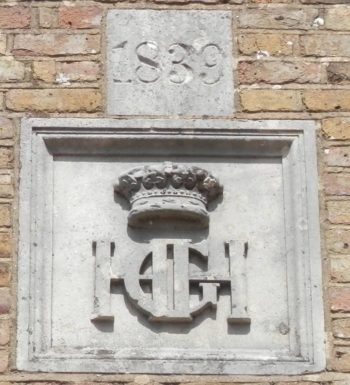 The school-room was the first half of what is now the main church hall and there was a ‘comfortable residence for the Mistress’. The school was designed by Edward Blore (1787-1879), who later designed the front of Buckingham Palace for Queen Victoria.

The Countess’s initials ‘HGH’ and coronet are displayed on the gable and her hatchment hangs in the nave of the church.

Addendum: ‘Penn Church School’
Boys joined the girls not long after their school at Church Knoll was closed in 1875, and the building was extended in 1910, to a design by Harrison-Townsend.  The school closed in 1949 for lack of pupils. Miles Green, ‘Mansions and Mud Houses’, 2007, p12.