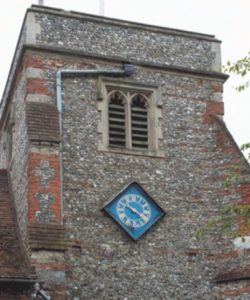 In my last article I summarised the history of the one-handed church clock which you see as you walk towards the church from the main road. Perhaps the most interesting conclusion that came out of my researches and discussions with Michael Bayley, who looks after the clock, and Geoff Mansfield, a locally-based clock restorer, is that it was almost certainly not the first clock on the tower and that the same mechanism once drove at least three, possibly four clock faces at the same time. 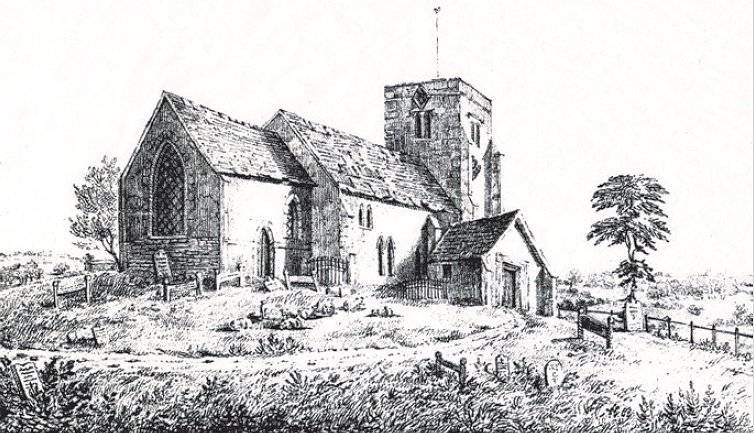 The earliest view of the church was drawn before the present clock was put up in 1715. It may even have been commissioned by John Bennet when he first arrived in 1700. The drawing shows a clock already in the same place on the north wall as it is today. It also shows another one, very high up facing Pauls Hill, which cannot have been a sundial since it was facing east. The 1715 register entry refers to setting up ‘the Church-Clock with the Hand-Dials’, and the plural indicates there were then at least two clock faces. Views of the church for the next 150 years continue to show them both. 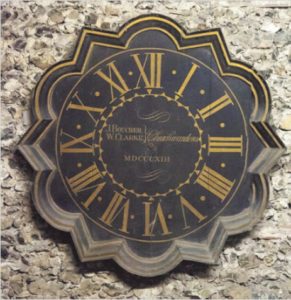 There is another clock face now hanging inside the clock chamber in the tower, disconnected from any mechanism. Oscar Muspratt, the Vicar from 1945 to 1989, told me that until 1947 it used to be inside the main body of the church on the west wall of the nave where the organ now hangs. There is a bricked-up hole in the west wall of the clock chamber through which a drive shaft from the clock mechanism went into the nave. This clock face has the date 1813 on it and was presumably added then. Does anyone remember it? 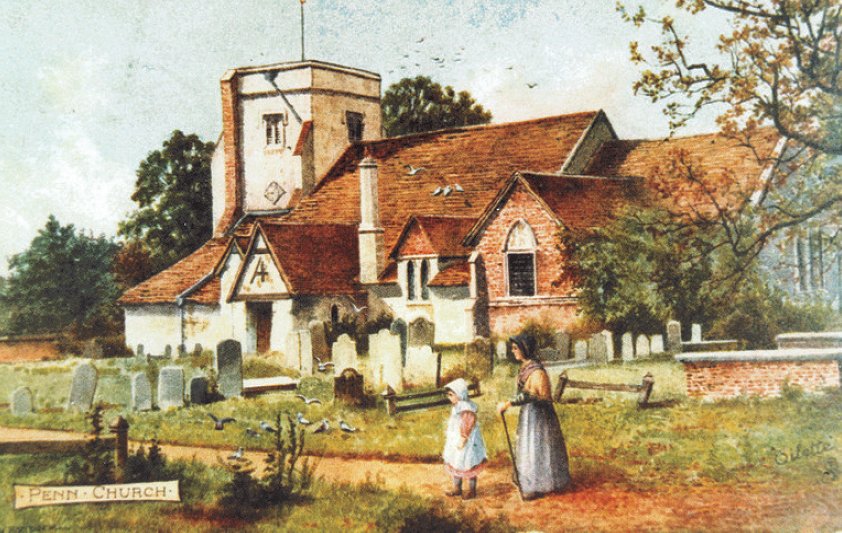 An apparently accurate oilette shows that the east-facing clock-face had been removed, and replaced (assuming it was the same one) on the south side lower down. This must have been before 1903 when major repair work on the tower, which was cracked from top to bottom on two sides, would have required the removal of the south facing clock-face and it was not replaced.

All these clock faces would have been worked by long drive shafts from the same clock mechanism. This is not an unusual technique and the mechanism is more than strong enough, keeping them all to exactly the same time and using one of the tower bells to strike the hour. No later photographs show a clock-face on the east or south sides and so only one of the three or four clock faces is still in position.