Thomas Penn, one of William Penn the Quaker’s sons, but not himself a Quaker, had a large vault constructed beneath the nave of Penn Church, and four of his children and one of his brother Richard’s, were laid to rest there between February 1753 and June 1766 1. The children’s ages ranged from 7 months to 12 years.
including twins who died six years apart
There was also an unrecorded sixth tiny coffin for a still-born child marked with a ‘P’. The Rev. John Middleton, Vicar of Penn from 1787 to 1808, first came to Penn in March 1766 as the curate to the non-resident Vicar and so would probably have buried the last of the children in the vault. 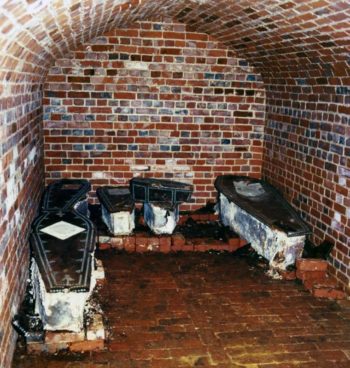 The Revd Middleton reported in a letter dated August 9th 1802 that, ‘Mr Penn made this Vault altho’ he had no House or Land in the Parish. He wish’d much to make some purchases, but never could effect his purpose. He afterwards purchas’d a house and Estate at Stoke2  near Windsor, where his son at present resides, and where the family are now buried, a few only having been deposited in the Vault at Penn’.3  Only a church whose patron and vicar fully accepted the Quaker family’s claim to kinship with the Penn family of the parish, would have allowed him the privilege of such a major and disruptive undertaking. 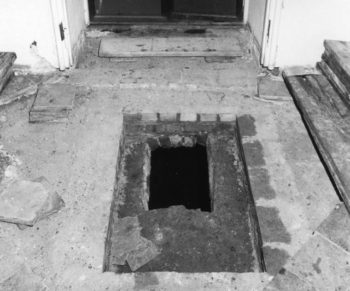 Entrance to the vault in the north porch when it
as opened in 1987. Steps lead down to the vault.

The existence of the vault was remembered, but its whereabouts and entrance had been forgotten and was not re-discovered until March 1968 during work on the nave floor to cure dampness. The Vicar (Oscar Muspratt) had a hole drilled in the floor of the nave next to the stone memorial slab to William Penn, the first grandchild to be buried in 1753. He lowered a sort of periscope and having seen the vault the hole was enlarged and a camera lowered to take photographs. The entrance to the vault was found in the church porch, the vault entered and inscriptions on the six coffins examined. 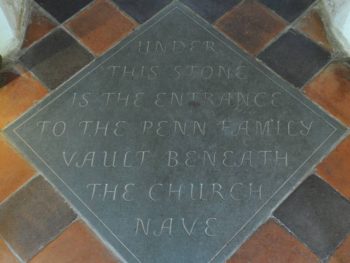 The vault was found to be of brick, 30ft x 10ft and 7ft high. It was then dry, but 21 years later, in Feb. 1987. when I visited the vault with Earl Howe, the church architect and verger, it had recently been up to 5 ft deep in water. The wood of the coffins, apart from the lids, had all perished leaving the lead lining. 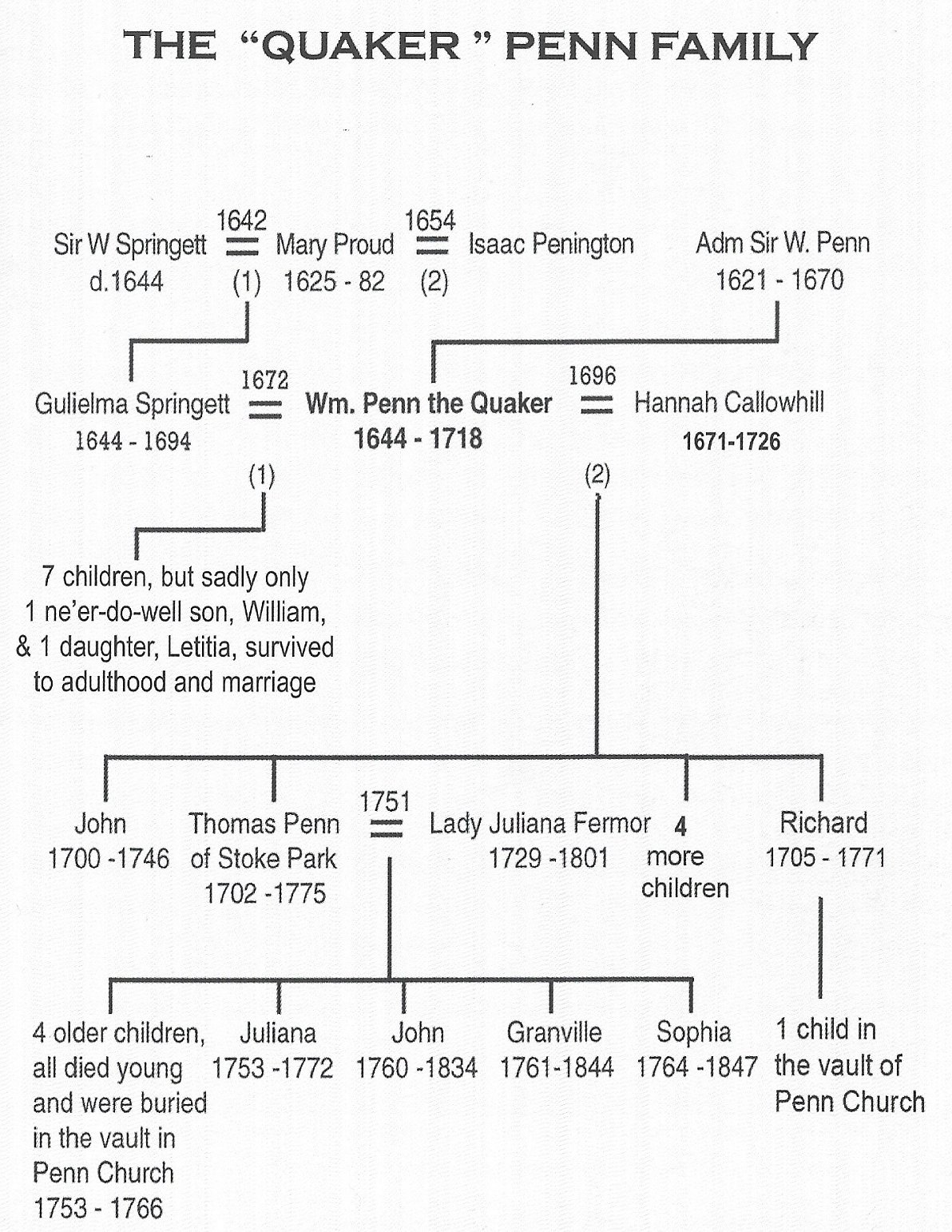 (unrecorded sixth tiny coffin for a still-born child marked with a ‘P’.)