The previous two articles in this monument series looked at Daniel and Barbara Baker who are commemorated on the large marble wall monument above the organ keyboard. They had three children and their only son was another Daniel, who like his father, was a very prosperous London merchant and alderman. In 1691 he purchased Sir Nathaniel Curzon’s recently renovated and enlarged mansion house facing the common by Widmer Pond.

When he bought the house he was 32 years old, married to Martha Mellish, and already had five children with 11 more to come. Three had died in infancy when his brother-in-law heartlessly remarked, ‘He hath a Baker’s Dozen still living – eight Girls and Five Boyes.’ Despite having 16 children in 20 years Martha Baker lived to the age of 84. Her portrait, by Alan Ramsay, shows her in 1739 when she was 71. 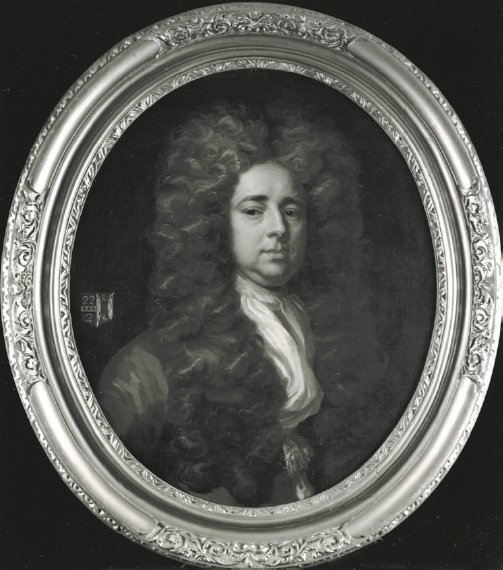 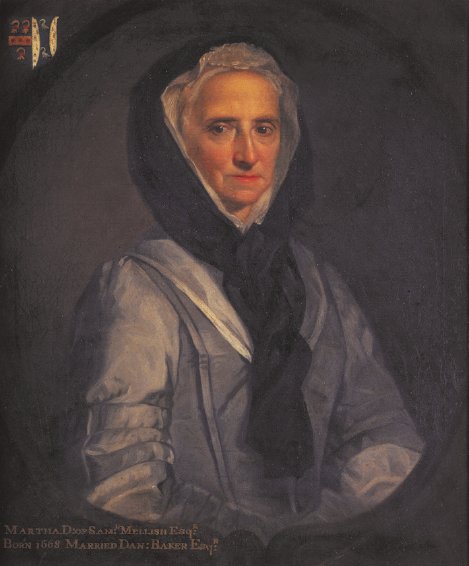 Daniel went on to become a JP and a High Sheriff of Bucks in 1721/22. His sister married Lord Fermanagh from Claydon and his sons went to Eton and Cambridge. There are many family letters which give a flavour of those times which we can touch on in the next article.

He was a deeply religious man and kept a diary to record the times when he narrowly escaped disaster but for the Grace of God, or in his own words, ‘for fear I should forget these Remarkable Favours (which I am apt to do) I thought fitt to put them down’. His portrait is by John Closterman and shows him aged about 30 when he started to keep his diary. He is wearing a grey coat and white stock.

They are remembered on the marble monument near the back of the nave on the north wall. We shall be translating its Latin inscription to see what it tells us in another article.