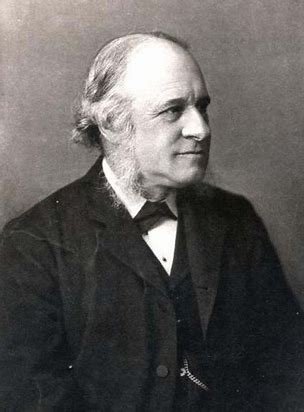 I stayed for a Sunday lately at Penn, the home of my ancestors for many generations.  A little Buckinghamshire village which has been practically unchanged for the last two hundred years. Penn stands in a triangle between Beaconsfield, Amersham and High Wycombe; and as its name implies, it is the highest land in that part of the county. One part of it is still called Beacon Hill; and the fires anciently lighted thereon are said to have been visible at sea. It is the height that has been its safeguard against innovation. The railway station is Loudwater; and from that it is a steepish gradient of some three miles to the village.

Penn consists of a street about half a mile long, a school, a chapel, a few houses and cottages on each side, and, at the further or eastern end, the Church, the blacksmith’s shop and the Institute, which is almost the only modern thing in the place. On either side of the street are some of most delightful fields in England, and thence you may have unrivalled views.

It was in the Church that I found my greatest pleasure. The chancel was burned down many years ago1, and was rebuilt (apparently on its ample foundations) in brick, without any attempt at architecture; but the nave, with a south aisle, two large roomy porches and a low tower, massive with large spreading buttresses, all of the fourteenth century at latest, remain pretty much as they always were. The churchyard is large, with many graves, and most of them turfy hillocks. The vicar is aged2, and somewhat feeble in voice; but he is quite in character with the whole scene. He reads the lesson like a scholar and a gentleman with most appropriate delivery. It was a pleasure to listen to him. His sermon too! — I reflected how differently I would have listened to it thirty or even twenty years ago, when I had more enthusiasm and less patience and thought more of my own ideas than the feelings of others. This is a confession, but it may not be without its use. I now heard and was satisfied with good sound sense and quiet expression, where before I should have wanted originality and emphasis.

But it was the prayers that touched me the most; for a very different thing it is to say your prayers in an old Church, its walls seeming to enclose an atmosphere of the past, and in a modern one built a quarter of a century ago. In the old Church the presence of our forefathers seems to linger, and the the voice of their supplications to be not quite stilled. The very walls seem to be concious of the oft-repeated ritual and to be sanctified by it. Bits of old tracery peep out like archaic words and phrases in the liturgy. Even the change in style and of the wording on the monuments are like the changes in the Prayer book and in harmony wih them.

The south aisle of my old Church was built later than the rest, and the two clerestory windows which it covers, and which once lighted the nave, still remain there, above the plain honest arches, without their glass, but otherwise sharp and firm, exactly as they were at first. 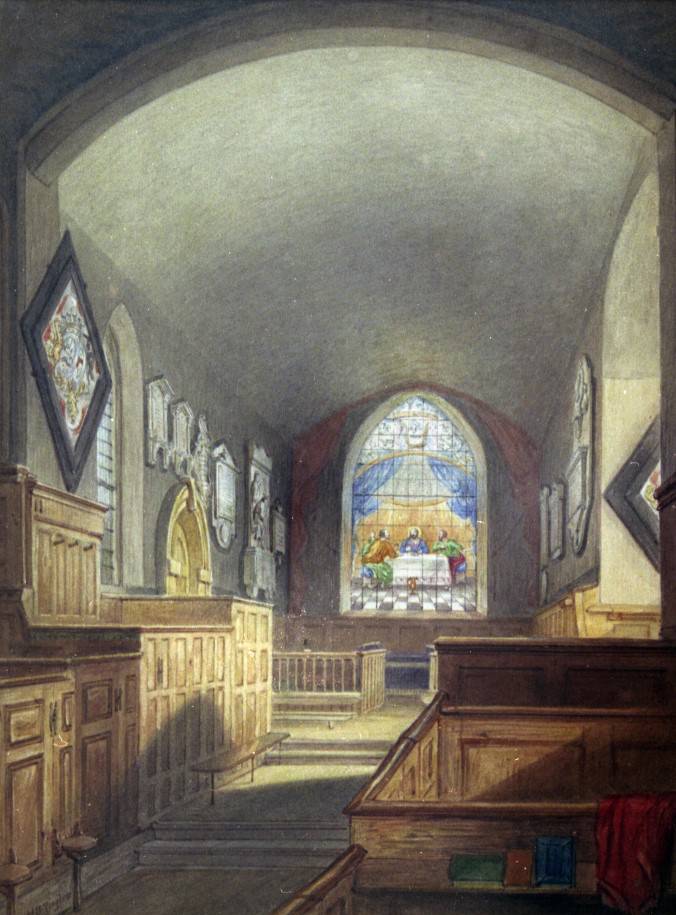 I sat in a large pew — square with very narrow seats , and with faded maroon curtains round it, which, if I were the squire, I think I should remove. Opposite, in the end wall of the aisle, was a monument, a vase of oval Roman form, delicately sculptured in gray marble, and setting forth that it was in memory of “Roger Mather3, clerk, eleven years vicar of this parish, to whom Asheton Curzon, Esq., was pupil, patron and friend.” How characteristic! The form of the monument, the character of the letters, the turn of the inscription, all spoke plainly of the eighteenth century.

Curzon was one of the great people of the place, and he and Mather, like Walpole and Gray, probably travelled in Italy togther. It is not “whose pupil, patron, friend” — that would have imported a certain familiarity into the phrase; but “to whom Asheton Curzon, Esq.,” etc., this giving all due pre-eminence to the great man! The music was unpretending and good, and the lovely hymn, “The Saints of God”, must have sunk into many a heart beside my own. At such times those whom one has lost, and those whom one is about to lose, take entire possession of the mind, and lift it into another and higher sphere.

After Church we walked into the parsonage and looked at the grand old yew tree, which I have seen on more than one spring smoke like an altar, and which first taught me the meaning of Tennyson’s lines:

O brother, I have seen this yew tree smoke.
Spring after spring, for half a hundred years

On one occasion the old clerk of Penn Church was ill, and the vicar brought in his stable-man to collect the offertory on a sacrament Sunday. The man did not know his way about the Church, and at first missed the square pew of which I spoke. Going back, he returned with the occupant’s half-crown, but could not make the parson understand where he had got it; till at last, pointing with his thumb over his shoulder, he whispered, “From the gentleman in the loose box, sir”.

First published in St James’s Gazette on 27 Sep 1886, written by Sir George Grove who inherited his older brother Thomas’ Penn estate in 1897 (see Mansions and mudhouses p.16), and it was apparently repeated in Sir George’s 1897 Reminiscences.  He wrote it after a visit to his brother, noting it was “so spoiled by the editor that I hardly care to own it”, but a very full biography by Charles L. Graves, The Life of Sir George Grove  (1903), describes the article as ‘one of the most charming pieces ever written by Grove, recapturing much of the  spirit of Addison, anecdotal, and touched with a sense of sadness over a lost world and forsaken ideals.’

Sir George Grove (13 August 1820 – 28 May 1900) was a member of the Grove family who lived at Watercraft and Stonehouse in Church Road, Penn. Their name is re­corded in the earliest tax return of 1332. He inherited the Grove family estate in 1897 and his descendants held it until they sold up in 1953.  In 1883 he became the first director of the Royal College of Music and between 1878 and 1889 he compiled and published a magisterial four volume Dictionary of Music and Musicians which has been the standard reference work for the musical world ever since. It was an enormous achievement and has been updated many times. The most recent edition, just published and known as New Grove II, takes up 29 volumes and 25 million words.
Apart from his distinction as a musicologist he was also an archaeologist, lexicographer, educator and author.   Arthur Sullivan was a very close friend and was godfather to his third son Arthur, born in 1864. Arthur Sullivan is popularly supposed to have written “The Lost Chord” and “Onward Christian Soldiers” in the summerhouse of Watercroft. (Miles Green, 2001)