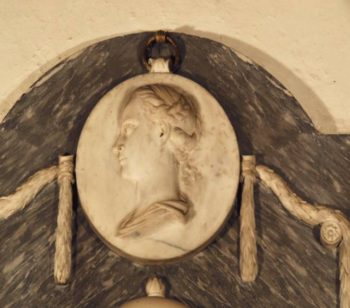 There is a fine wall monument to Elenor Curzon on the south wall of the chancel in Penn Church, put up by her nephew Assheton Curzon, which extols her piety, charity, friendship and affable nature.

Pevsner describes the monument as ‘Flat urn and oval medallion with profile portrait. Fine quality, unsigned’. It is about six feet high. 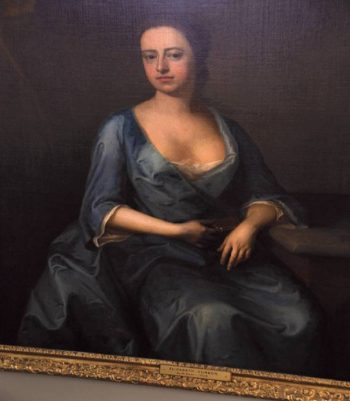 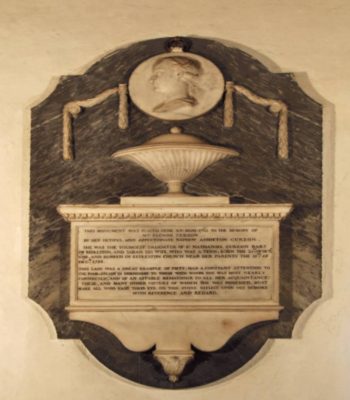 She was the youngest daughter of the 2nd Sir Nathaniel Curzon and Sarah Penn, baptized at Kedleston in November 1691, the same year they sold their house in Penn. She was the only one of their children who did not spend their early years in Penn. She died unmarried in 1754 and is buried in Kedleston church near her parents There is a portrait at Kedleston Hall in Derbyshire (No.29 in the Family Corridor) which I suggest is wrongly labelled ‘Elizabeth Curzon by M. Dahl’, and wrongly dated 1703. Elizabeth, according to the National Trust’s own booklet was only 15 or 16 in 1703 and died two years later. The portrait seem to me to be of a young woman in her 20s or 30s and looks very like Elizabeth’s younger sister Elenor as represented in profile at Penn? I make this suggestion having noted four other examples of mistakes in dates and attributions on the Kedleston portraits, but I would welcome other views.

The sculptor may well have used the Kedleston portrait as a model for the Penn profile since her monument was not put up in Penn until 1765, eleven years after she died and nearly fifty years after her youthful portrait. Michael Dahl (1659-1743) was a Swedish portrait painter who lived and worked in London for much of his life.